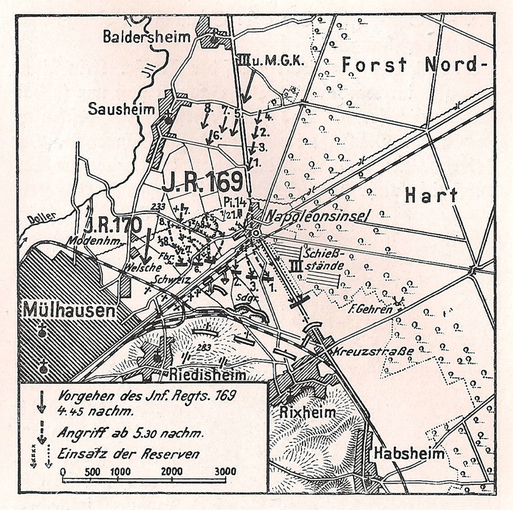 The IR 169 advance pushed over Rhine Canal by the Napoleoninsel Train Station and into an ill-fated charge against strong French positions on the Riedisheim/Rixheim heights.
“One would hardly believe that it would come to a war.  We were of the opinion that the thunderclouds would move away once more, and we told ourselves that no one would take the responsibility to call for a war involving the entire world.”   August 2, 1914.